Lecture by Jay Frankel followed by a group discussion

This event is co-organised with Antirasistisk senter.

This presentation will elaborate the narcissistic dynamics that attract the powerless to authoritarian leaders. I suggest that the obvious narcissistic manifestations in such groups are an attempt to cope with underlying trauma. 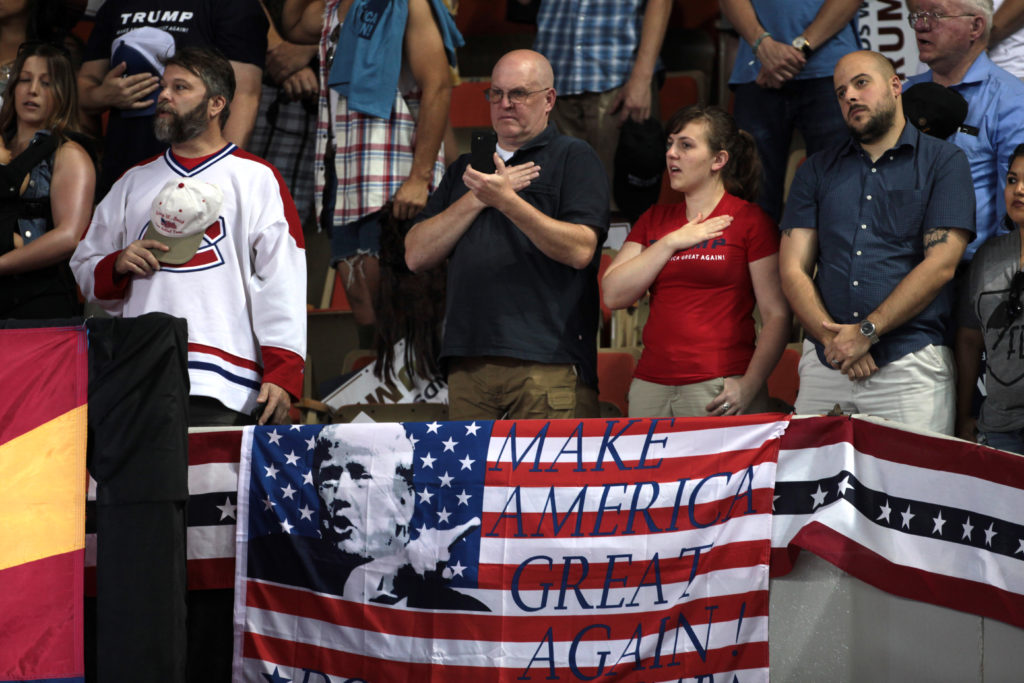 Ferenczi’s theory of the impact of familial child abuse is the clinical prototype. Ferenczi observed that assaults against children are followed by an even more damaging “hypocrisy” – the family’s denial of what had happened, and of its meaning. The child “identifies with the aggressor”: complies with her mistreatment, and the phony story, in behavior, thought, and feeling, so she is not emotionally cast out. She sacrifices her own perceptions and critical thinking, which threaten further isolation. She accepts blame (“something must be wrong with me”), as the family requires. Her helplessness and sense of shameful defect persist. Such self- negation and internalization of oppression is typical whenever people feel helpless in the face of overwhelming threat, both on individual and mass scales.

But people often also develop narcissistic counter-reactions – fantasies that deny their humiliation and fear of abandonment. Indeed, narcissistic reactions are driven by shame and attachment anxieties. On the large scale, aggressive right-wing movements are often born when groups of people feel pushed aside by their society. Currently, neoliberalism is the aggressor that has created an oppressive, destabilizing inequality that generates this very anxiety across the globe – colonization by class rather than nation.

These narcissistic fantasies contain strong paranoid, manic, and sadistic elements. Grandiose identifications with “tribes” and leaders offer security and affirmation, and replace feelings of rejection and shame with a sense of belonging, power, and entitlement. The sense of shameful defect is split off and projected onto dehumanized “others”, who become objects of fear, hatred, contempt, and control. Aggression, power, and toughness are idealized. Excitement, superiority, and triumph – “winning” – become compelling and, together with the undeniable sense of traumatic injury, create a sense of emotional truth that brushes aside contradictory facts, evidence, reason, and principles.

These compensatory narcissistic fantasies are useful to – indeed, encouraged by – oppressors, since they anaesthetize the pain of identification and submission. Keywords: authoritarianism, neoliberalism, narcissism, identification with the aggressor, submission

Jay Frankel, Ph.D., is a psychologist and psychoanalyst with a private practice in New York City. He is an Adjunct Clinical Associate Professor, and Clinical Consultant, in the Postdoctoral Program in Psychotherapy and Psychoanalysis, at New York University; Faculty in the Trauma Studies Program, at the Manhattan Institute for Psychoanalysis, in New York; Associate Editor, and previously Executive Editor, of the journal Psychoanalytic Dialogues; co-author (with Neil Altman, Richard Briggs, Daniel Gensler, and Pasqual Pantone) of Relational Child Psychotherapy (2002, Other Press); co-editor (with Aleksandar Dimitrijevic and Gabriele Cassullo) of Ferenczi’s Influence on Contemporary Psychoanalytic Traditions (2018, Routledge); and author of three dozen journal articles and book chapters, and numerous conference presentations, on topics including trauma, identification with the aggressor, authoritarianism, the analytic relationship, the work of Sándor Ferenczi, play, child psychotherapy, relational psychoanalysis, and others.